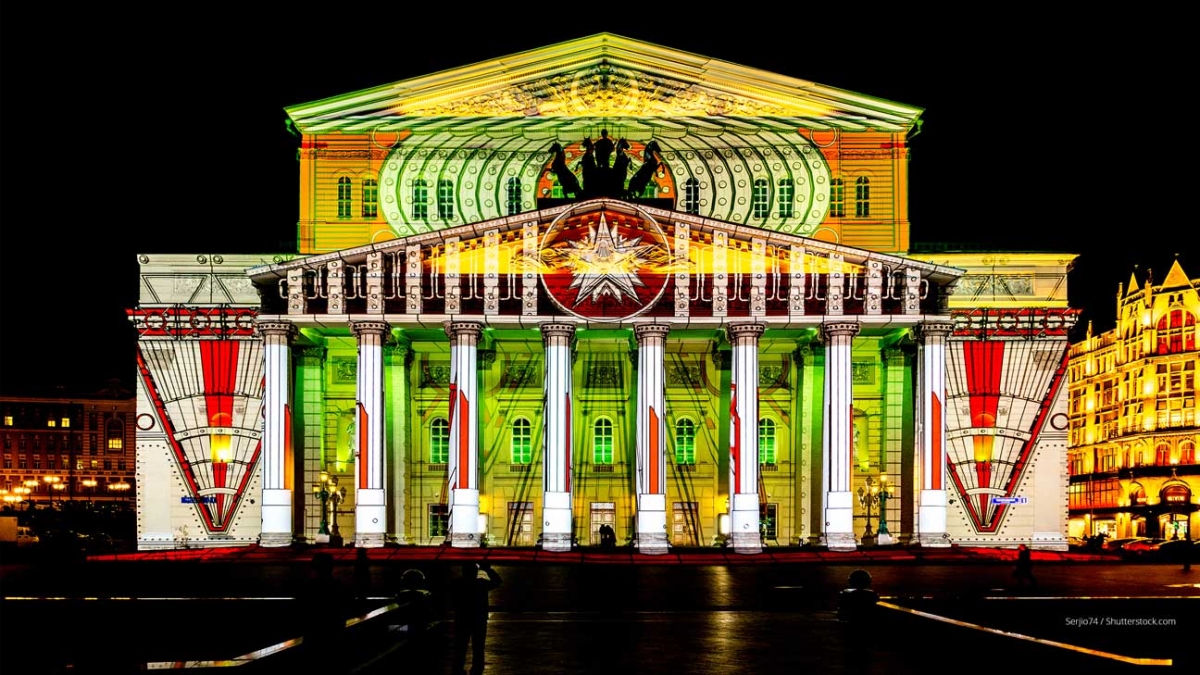 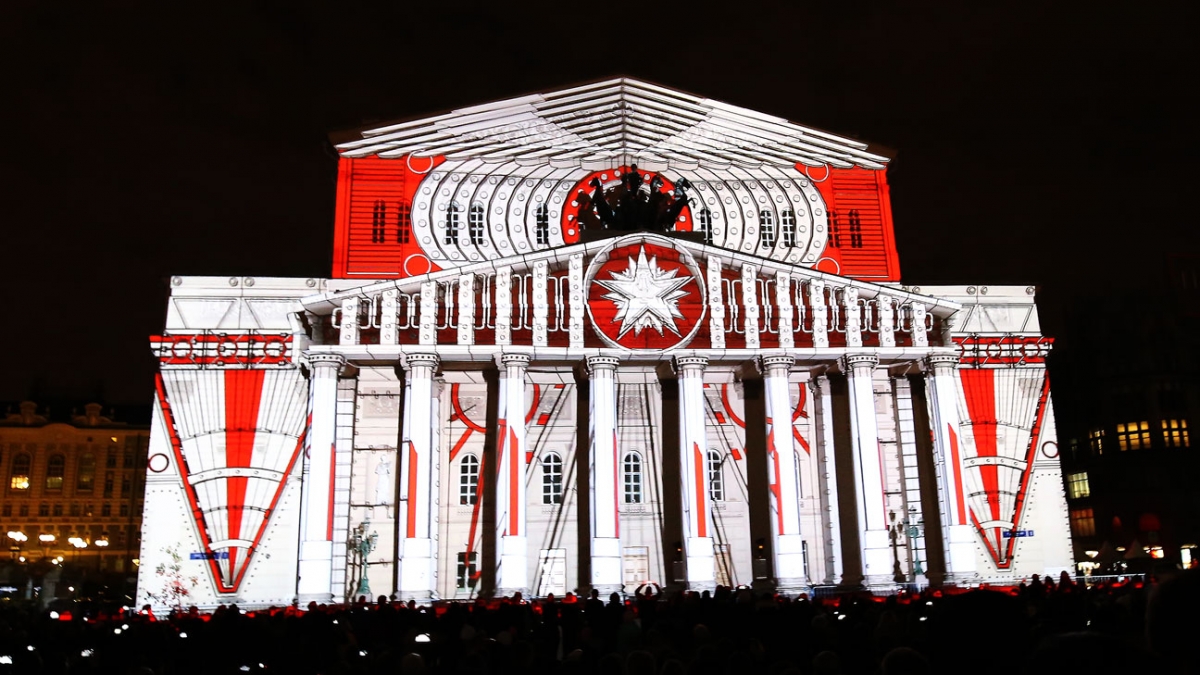 The Colour Project represented the UK at the Guinness World Record breaking International Festival of Light in Moscow – Circle of Light 2016.

The largest festival of its kind, “Circle of Light” showcases creative global talent from the world of video mapping on some of the City’s most iconic landmarks.

The Colour Project were chosen to explore the history of Cinematography using 3D Projection Mapping culminating with the final visual spectacular being beamed onto the façade of the historic Bolshoi Theatre to an audience of thousands in the heart of Moscow.

Drawing inspiration from the themes and conventions that are expressed through lighting and set design The Colour Project used science fiction as a medium to trace the evolution of cinematography and to chart its transformation of aesthetics and design.

Throughout the show, tribute was paid to the early innovators of science fiction design in films such as “Le Voyage dans la Lune” and “Metropolis”, through to the constructivist masterpiece “Aelita: Queen of Mars”.

With such an inspiring pallet to draw from the show was a breathtaking journey through space and time that harvests and obliquely references some of genres most memorable designs.

This visual feast was bolstered by an original soundscape orchestrated by long-term collaborator and respected composer Pete M Wyer.