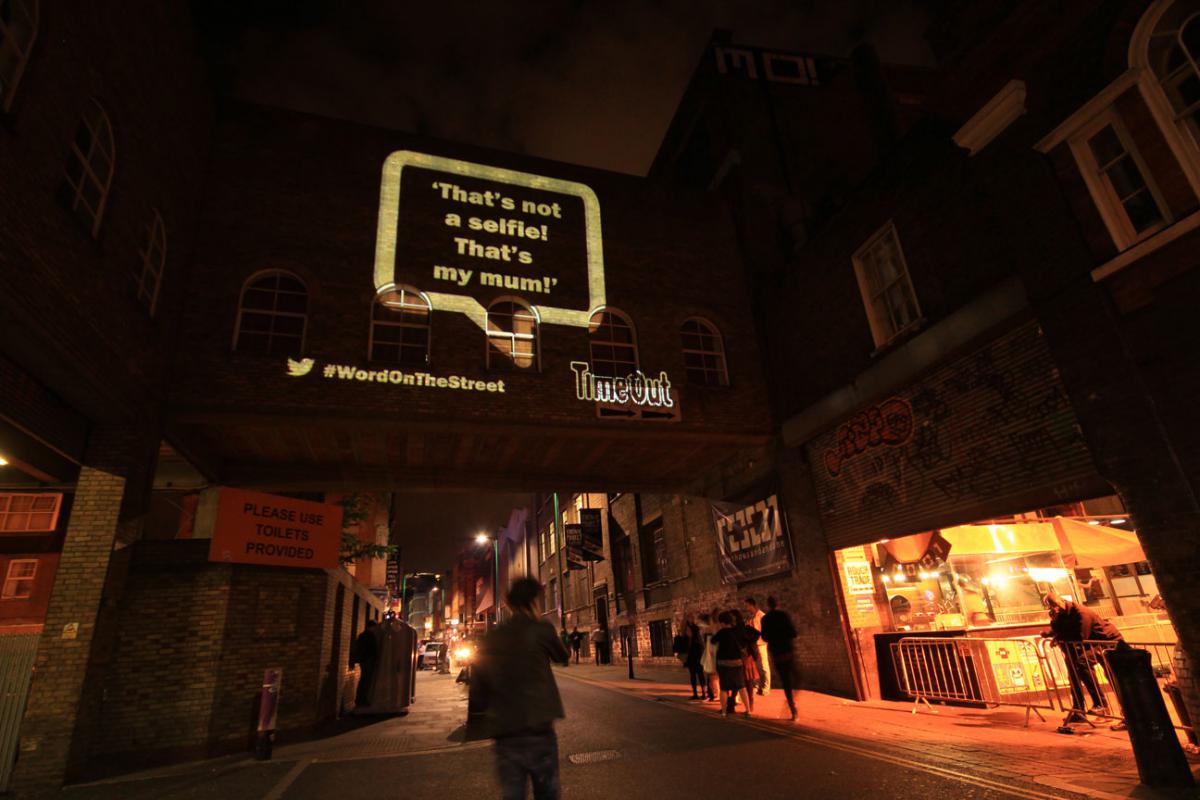 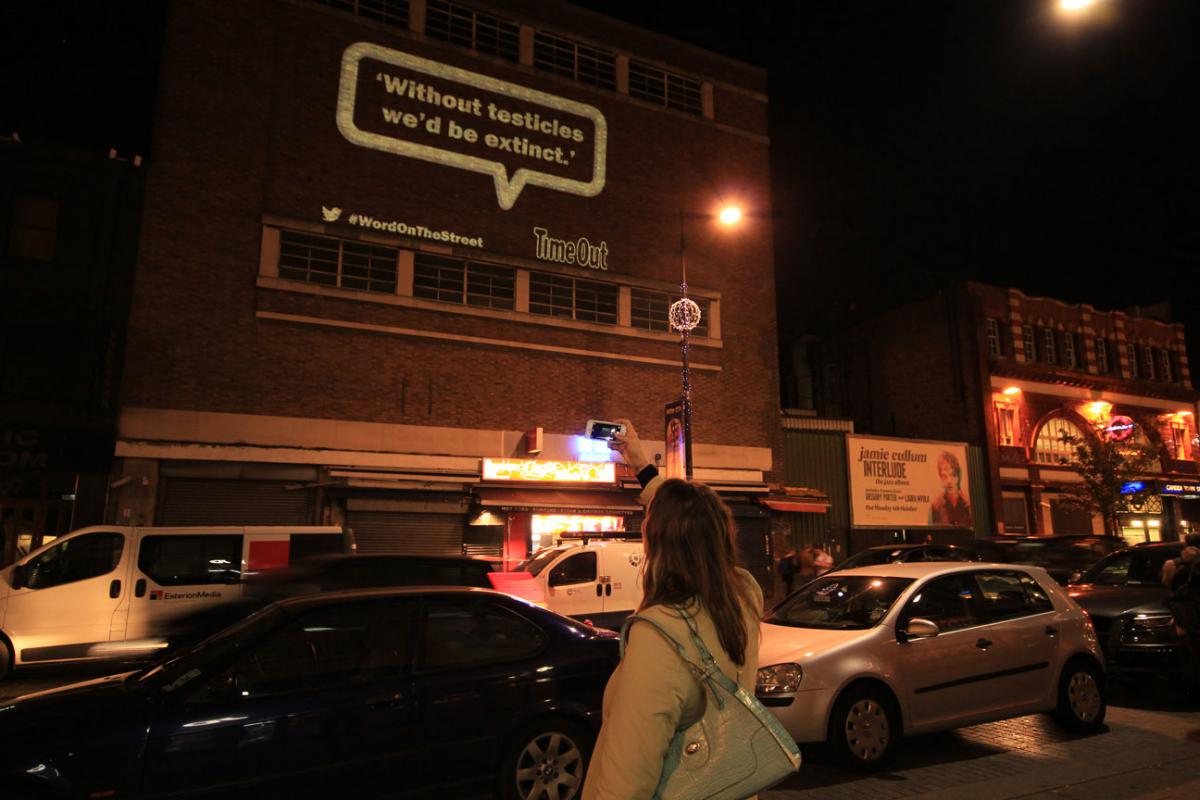 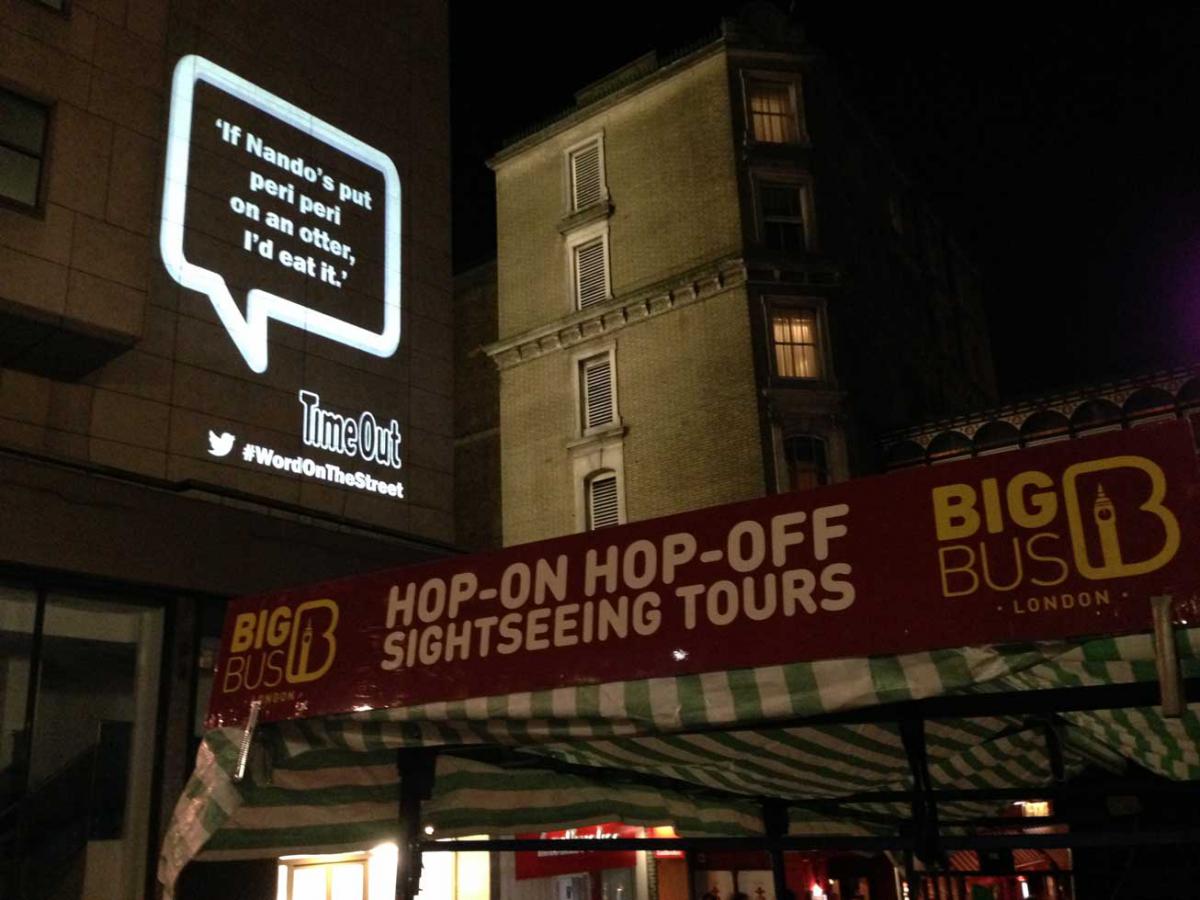 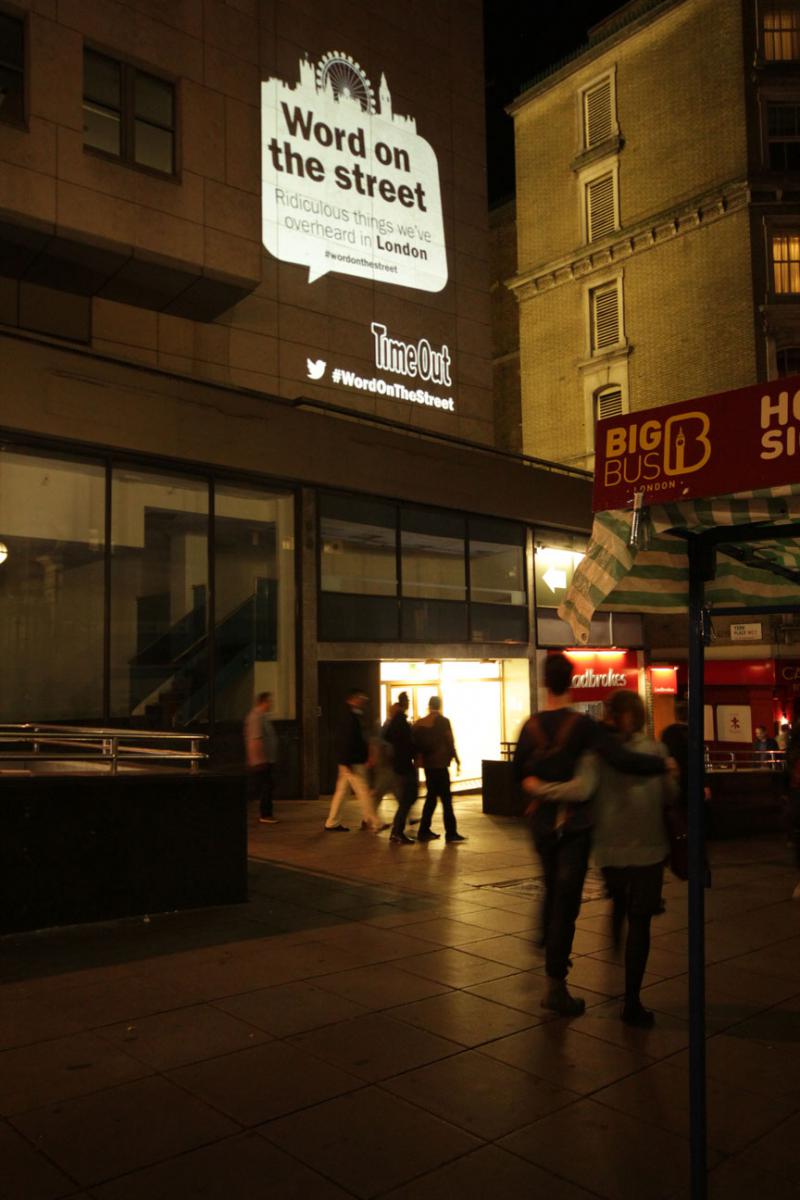 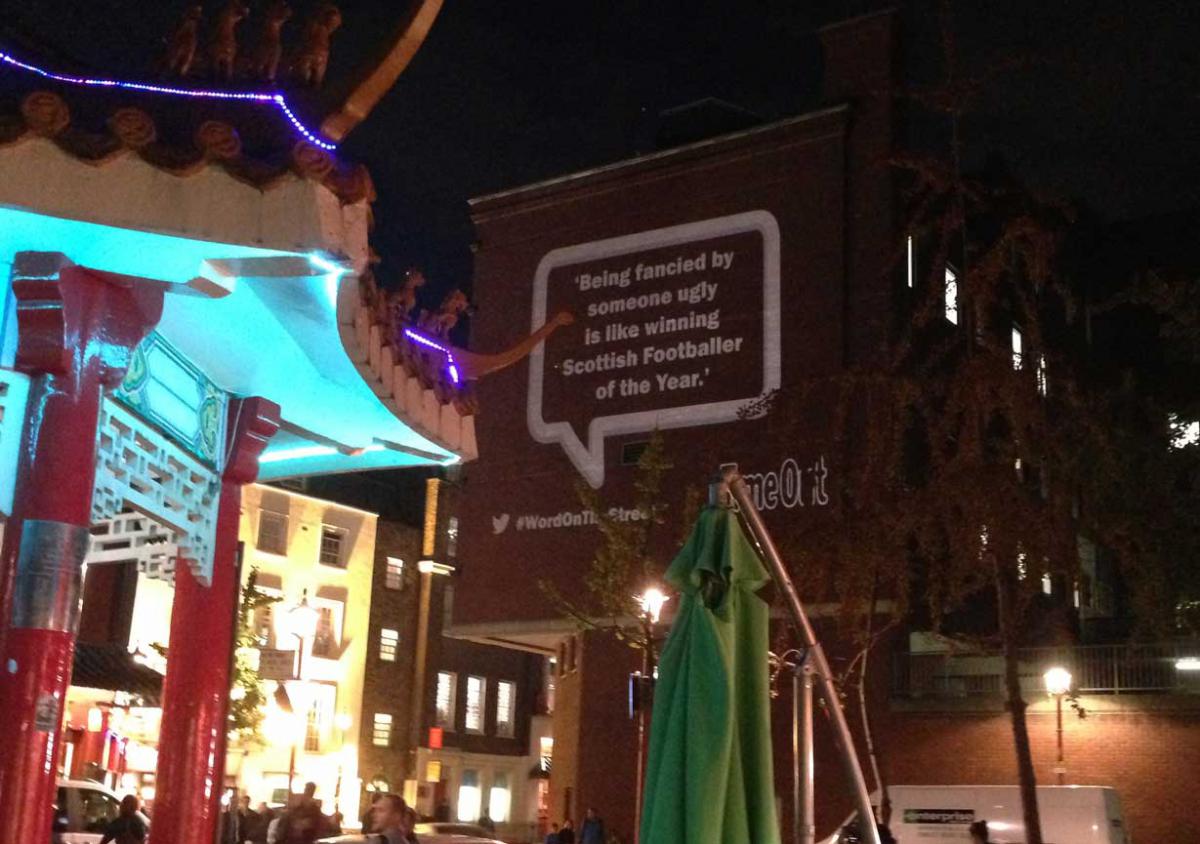 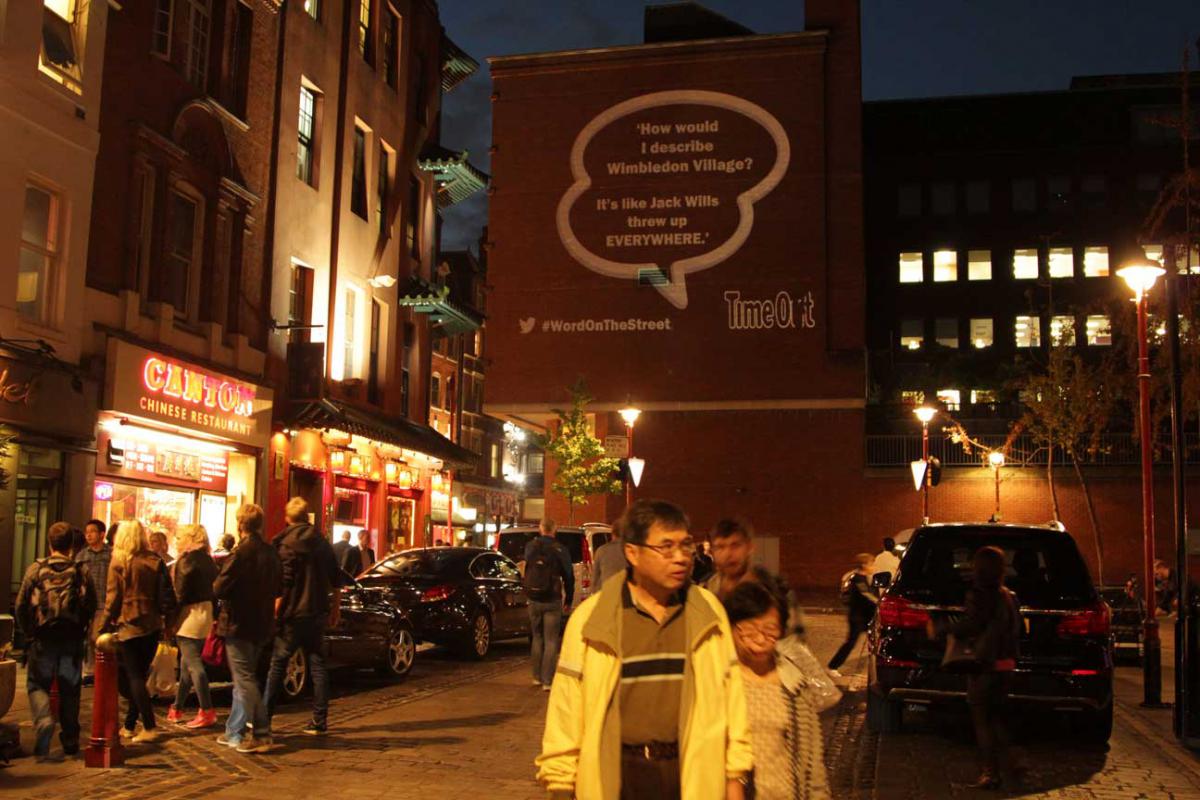 We were out on the streets again with a pop up projection campaign for Time Out magazine.
As part of the launch for their hilarious compilation of street quotes, “Word on the Street” we visited several site around London and projected some of their choicest quotes.
From Battersea to Brick Lane we beamed their brazen message.