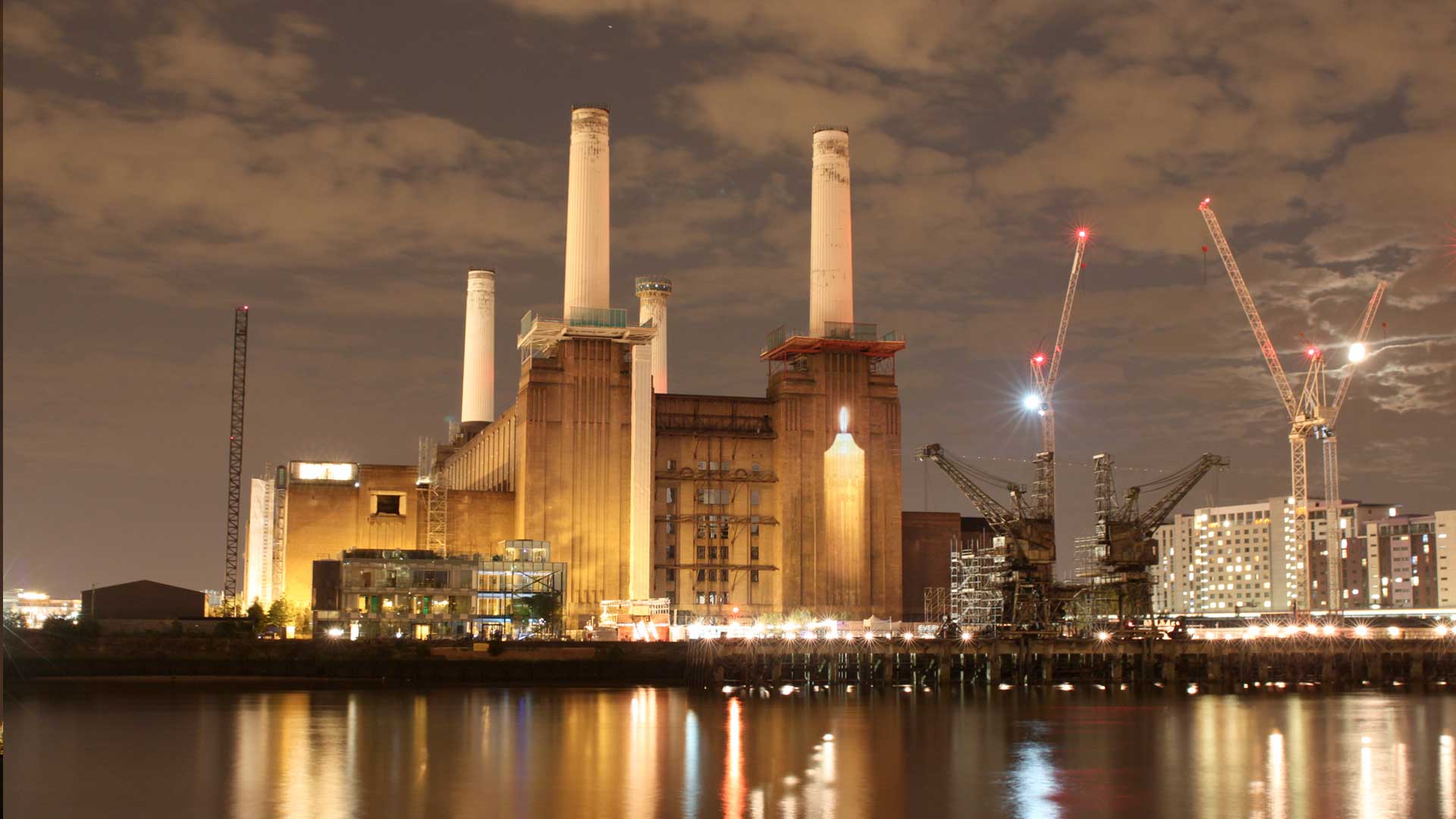 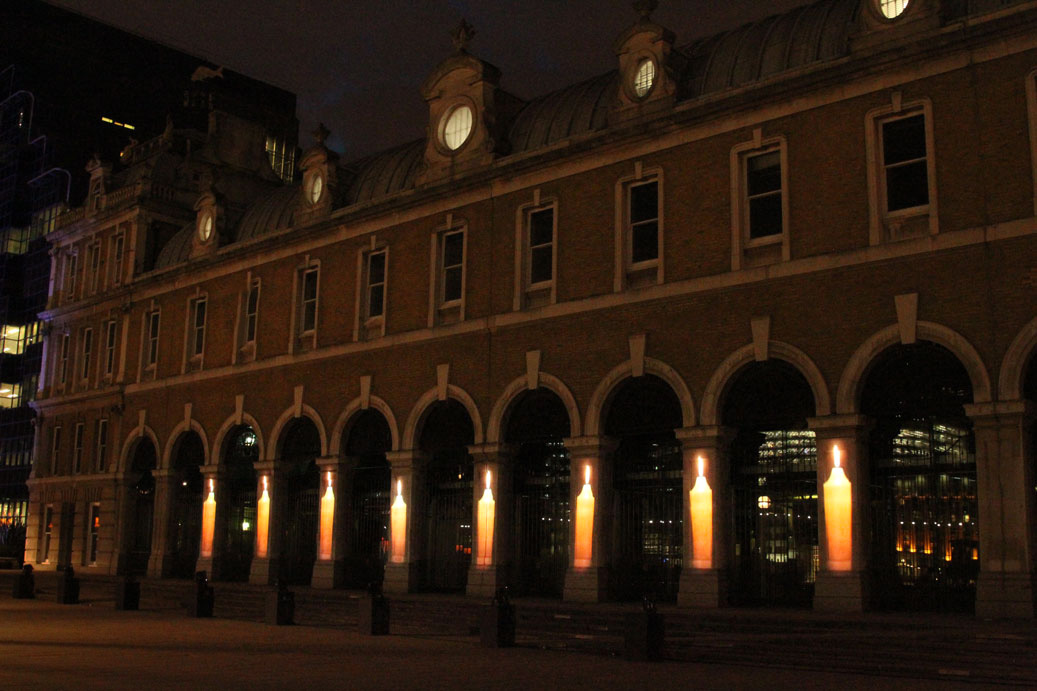 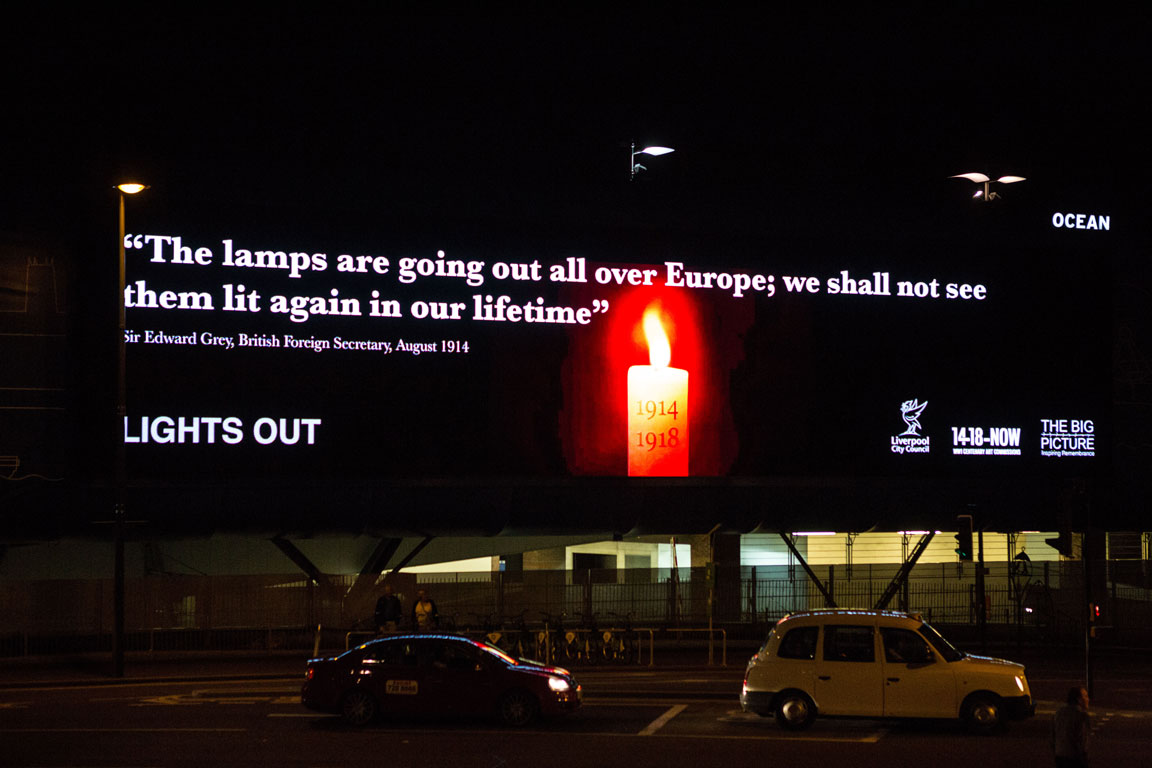 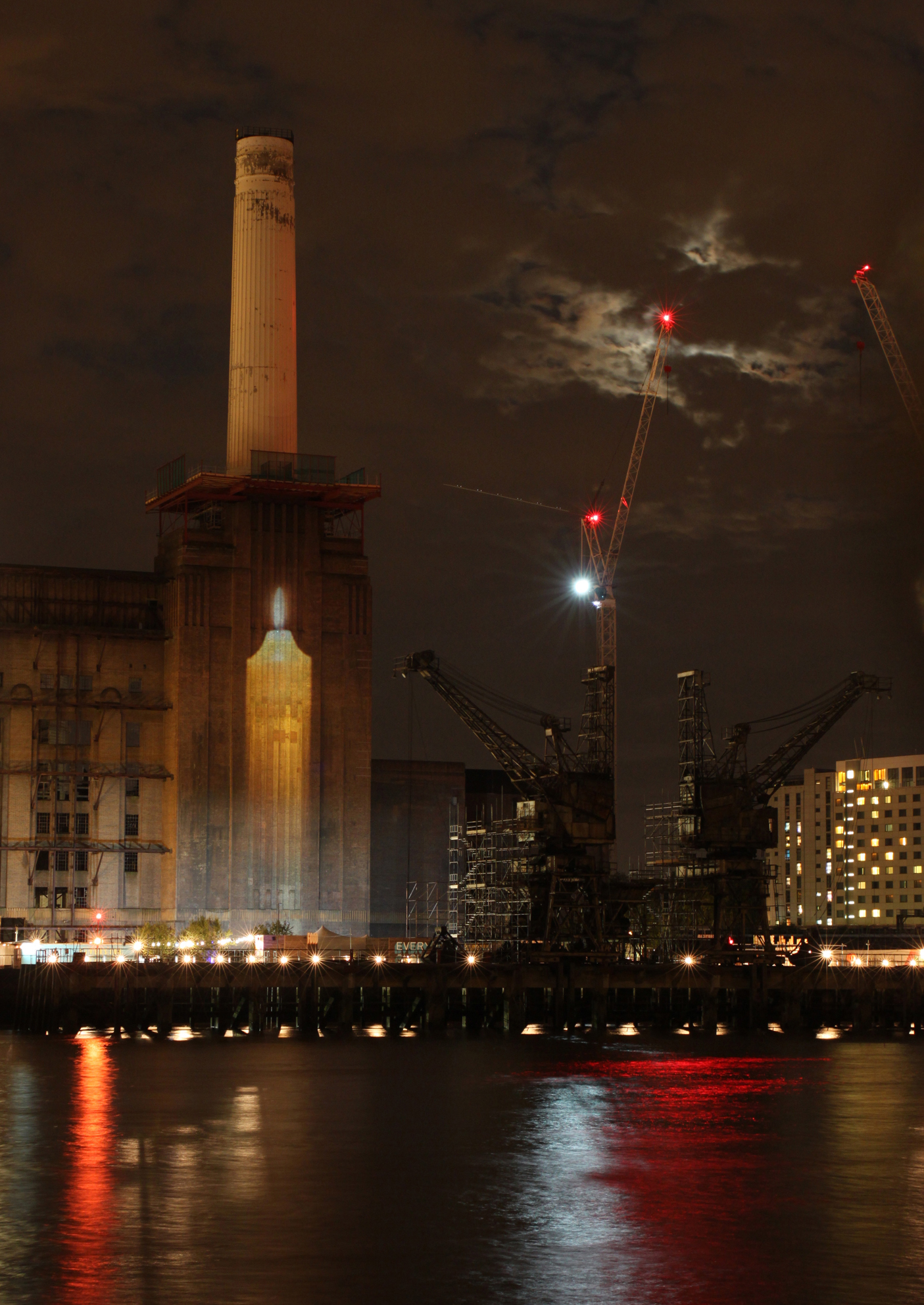 “The lamps are going out all over Europe; we shall not see them lit again in our life-time”

In a dramatic UK-wide event LIGHTS OUT was an invitation to everyone to turn off their lights from 10pm to 11pm on 4th August, leaving on a single light or candle for this shared moment of reflection.

As part of our Big Picture Project, Iconic buildings in key cities across the UK  had a  simple image of a of a candle projected onto their facades providing an apt point of focus in each city and a visual hub to the commemoration. This powerful and enduring image provided an impressive and highly visual means to compliment and realise the LIGHTS OUT initiative.

The giant candle projections faded away at 11pm to reveal astonishing facts regarding the First World War presented in the form of Information Graphics. These animated graphics provide concise information about the haunting scale and cost of the war to end all wars.

In addition The Big Picture provided  free resources for people to download their own digital candle to display on their mobile devices, social media platforms or even home televisions sets.

This is an independent project produced by The Colour Project and is the launch of The Big Picture, a four-year pan-European large format video driven initiative to creatively commemorate the First World War.